You are here: Home › Infrarood Blog › Fibromyalgia and Infrared
By Madhava Overgoor on juli 30, 2015 in Ziekten en Infrarood

According to the Centers for Disease Control and Prevention, people with fibromyalgia may also suffer from:

Fibromyalgia syndrome (FMS) is a chronic syndrome characterized by widespread pain with tenderness in specifc areas, abnormal pain processing, sleep disturbance, fatigue and often psychological distress. The prevalence of fibromyalgia is about 2%, affecting an estimated 5 million adults, says CDC. Prevalence is higher among women than men ( 3.4%versus0.5%).

As a pain management physician, I always seek the most effective and safest patient help. Infrared sauna helps reduce meds in pain patients. It isn’t just my professional clinical experience: it is the research being done on infrared sauna and fibromyalgia, especially a study in Internal Medicine from Kagoshima University Hospital in Japan. Thirteen female FMS patients,who fulfilled the criteria of the American College of Rheumatology for the condition, received infrared therapy once per day for two or five days/ week. The patients were placed in the supine or sitting position in a far infrared ray dry sauna maintained at an even temperature of 140 ºF for 15 minutes and transferred to a room maintained at 78-80ºF where they were covered with a blanket from the neck down to keep them warm for 30 minutes. Reductions in subjective pain and symptoms were determined using the pain visual analog scale( VAS) and fibromyalgia impact questionnaire (FIQ).

The results show: “All patients experienced a significant reduction in pain by about half, after the first session” and the effect “became stable… after10treatments.” Pain VAS and FIQ symptom scores weresignifcantly decreased and remained low throughout the observation period. The researchers said that the “therapy is effective for the treatment of fibromyalgia syndrome.”

A study published in 2005 in Psychotherapy and Psychosomatics also suggests sauna therapy offers pain relief. This study from Nishi Kyusyu University, Saga, Japan found a multidisciplinary integrated program, including cognitive behavioral rehabilitation, exercise and infrared sauna therapy worked best. Two years after treatment, 77% of patients in the group receiving heat therapy returned to work, a much more impressive result than the group not receiving thermal therapy. “These results suggest that a com bination of multidisciplinary treatment and repeated thermal therapy may be a promising method for treatment of chronic pain.”

A study in Japan’s Nippon Rinsho reported far infrared sauna therapy has emerged as a promising new thermal therapy for chronic fatigue syndrome (CSF) patients with symptoms such as fatigue, pain and low-grade fever, which were “dramatically improved.”

The therapy was performed once a day for a total of 35 sessions. Symptoms such as fatigue, pain, sleep disturbance and low-grade fever were dramatically improved after 15 to 25 sessions of thermal therapy. Although steroid administration was discontinued, the subjects showed no relapse or exacerbation of symptoms during the first year after discharge.“

“These results suggest that repeated thermal therapy may be a promising method for the treatment of chronic fatigue syndrome.”

7:1 female to male ratio of condition

So just how does heat therapy exert its feel-good vibes? That answer came in an article in the European Journal of Applied Physiology, “The effect of physical therapy on beta-endorphin levels,” which states, “Beta-endorphin (betaE) is an important reliever of pain.”

Various stressors and certain modalities of physiotherapy are potent inducers of the release of endogenous betaE to the blood stream. Quite apart from exercise, “Sauna, mud bath and thermal water increase betaE levels by conveying heat to the tissues.”

Sunlighten’s infrared saunas are widely used by fbromyalgia patients ecause of their patented heating technology that delivers surround heat from all areas and seating positions, including use of floating seats, that allow perfect air flow. Sunlighten Solois engineered for apartments and health professionals and anybody on a budget who needs the health benefts of far infrared heat therapy. My colleagues have bought the mPulse models, which offer a full spectrum choice, with different infrared bands providing specific benefits.

The range of far infrared waves generated by the human body is 6 to 20microns. The optimal micron output range for the Solocarbon™ far infrared saunas is thought to be between7and14 microns with a good portion of wave lengths at 9.4, the frequency at which a water molecule resonates or vibrates. (It is thought this vibration causes a release of perspiration and cellular toxins such as pesticides, mercury and residues of medications and street drugs.)

Dr Loes is author of The Healing Response and a leading pain and addiction management specialist in Arizona. 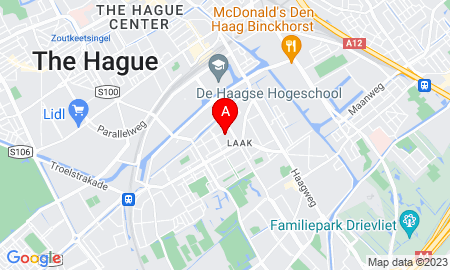